The Brexit Affect To Date

Since the British voted to leave the EU in a referendum in June 2016 there has been surprisingly little decline in the demand for Spanish property from UK citizens. The number of British buyers dropped significantly shortly after the referendum, but has begun its recovery. In fact, demand from the UK was shown to decline between the third quarter of 2014 and the same period in 2017. The fourth quarter of last year, however, saw an increase in sales with real-estate agents reporting more enquiries from British buyers who had budgets in excess of 400,000€.

The figures suggest that investors with more to spend are shifting money from the UK and acquiring European assets in anticipation of events to come when Brexit takes full effect. Interestingly, the statistics show a decreased interest in properties priced between 200,000€ and 400,000€ which is thought to be due to mid-market investors down-sizing because of a drop in the value of sterling, which, in turn, has boosted UK investment in lower priced Spanish properties. The pound has fallen below its level in 2013 but British demand has, so far, proved resilient. A weaker pound means that some UK buyers will be trimming their budgets, but in terms of volume British demand has been largely unaffected by the referendum result.

Another issue to consider is that if Britain ceases to be part of the European Economic Area (EEA) when it leaves the EU, British citizens who are resident in Spain and receive inheritances could face a much higher succession tax bill. The same will apply to UK residents inheriting Spanish assets.

Would-be investors from the UK are advised to move quickly whilst the transition process remains relatively simple. A full Brexit may seem a long way off but there is likely to be a surge of interest and an administrative backlog as the date draws nearer. No one can accurately predict what will happen Post-Brexit but it will, almost certainly mean more time and expense in acquiring residency and the necessary legal requirements for Spanish home ownership. With only months left to go it is a good idea to prepare and now is the time to invest and plan the most tax-efficient way to maintain a home in Spain.

For those who secure permanent residency in Spain before the Brexit cut-off date, due on 29th March 2019, the same tax terms will apply after that date. Those not resident in Spain post-Brexit, however, could face higher income and wealth taxes as a non-EU/EEA resident with Spanish assets. December 2017 brought reassuring news for expatriates already in Spain, as the UK and the EU27 agreed to maintain existing residency rights. A joint statement confirmed that citizens “lawfully residing” on both sides can continue “to live, work or study as they currently do under the same conditions as under Union law”. A locally-based adviser with understanding of both Spanish and UK law will be best placed to recommend the most beneficial options to ensure a sound investment for a secure future.

Good News All Round For Spanish Property

There was general optimism for the future of the Spanish property market after Spain’s Ministry of Development reported a rise of almost 27% in applications for new construction during the first nine months of 2017. Data produced by the country’s Ministerio de Fomento showed a total of 60,695 applications for new-builds between January and September of last year representing a 26.5% year-on-year hike. This figure falls less than 4,000 short of the 2016 twelve month total of just over 64,000.

The rate of increase, if it were maintained for the remainder of 2017, would have resulted in some 81,000 applications. This would be the highest number of applications since 2010, a year in which proposals for new-builds reached a remarkable 91,600. The majority of licenses being sought during the period up to September 2017 were for the construction of apartment complexes, making up 75% of applications, an increase of more than 30% on 2016 figures.

Proposals to build new villas and detatched houses rose by almost 17% year-on-year to 14,675, whilst permissions sought for extension of exsisting homes rose by more than 11% and applications for refurbishment to established properties increased by 2% to some 20,000 during the same period. The findings do not distinguish between types of property but approval for specific use will depend on criteria set by regional governing bodies.

Consells in the Balearics, in particular, are being urged to limit the use of city centre accommodation for private holiday rental in order to deal with an acute housing shortage amongst residents. The figures suggest that investment is growing from both domestic and international sectors reflecting a healthy growth in the economy and a possible return to the thriving market that exsisted before the dark days of the financial crisis. In fact, much unfinished construction has re-commenced as a result of substantial, new injections of cash.

Employment will be generated as development gets under way to vastly improve the landscape and remove the scars left by the housing crash. It was also reported that bank repossesions fell by almost 60% during the third quarter of 2017, bucking an unfortunate trend that began after the bubble burst on the property market a decade ago. Most repossessions last year were on properties mortgaged between 2005 and 2008.

The steady rate of growth is being seen as highly positive by experts who are predicting a continuation of the upward trend without risk of another deep depression. The decline in the number of re-possessed properties and increase in applications to extend and refurbish are also indicators of new found confidence. Spain’s popularity as a global holiday destination or, for some, as a permanent home continues to soar with numbers of visitors increasing each year. It seems certain, then, that the demand for accommodation can only continue to grow and create a stable future for sound investment.

Good news for the Spanish property market, and the economy in general, as it was reported that bank repossessions in Spain continued to fall during the third quarter of 2017. Mortgage defaults resulting in compulsory sales to a third party dropped by almost 60% on primary residences and 54.3% on second homes, compared to the same period in 2016. It had previously seemed that the problem was insurmountable as the country was experiencing an annual rise of 10% on repossessions, however, July to September last year saw proceedings to repossess initiated on only 0.01% of its 18.5 million houses. In all, the three months saw bank repossessions of 1,584 principal homes and 487 second dwellings.

In fact, the majority of court orders carried out between July and September 2017 were on houses purchased with mortgages approved between 2005 and 2008 representing some 59.5% of the total for the period. Resale properties were the hardest hit accounting for 78% of repossessions during this time. Part of the reason for this could be that it is a result of the reduction in the value of sterling since the UK left the European Union. As a country that has traditionally been Spain’s biggest customer and, largely, in the market for resale properties, there are naturally a high proportion of British mortgage holders who have been hit with a rise in real-term costs.

To counteract this, however, the Spanish property market has seen a huge growth in demand from other countries both from within and from outside the eurozone. The reduction in mortgage defaults is cause for the market to celebrate but it is not the only reason as the Spanish Ministry of Development recently reported that applications from owners to extend and develop exsisting homes went up by 11% during the first nine months of 2017. The number of home owners seeking permission for refurbishment also went up by 2%, a seemingly indisputable indication of a healthier and more prosperous economic climate. In fact the same period saw an impressive rise of 26.8% in applications to construct new housing, 75% of which was for apartment complexes and 17% for detached houses.

Signs are certainly positive for future development and foreign investment will play no small part in the continued recovery of the Spanish property market. If the upward trend continued, as expected, for the remainder of 2017 the next published figures will show that Spain has considered around 81,000 applications for new-builds during 2017, the highest number since 2010 which saw 91,600 proposed constructions. Not only has this news brought optimism for the economy and long term employment, it would appear that the industry has learned valuable lessons from the previous property boom and is prepared for a steadier pace of growth to prevent a repeat of the dark days of bank repossessions. 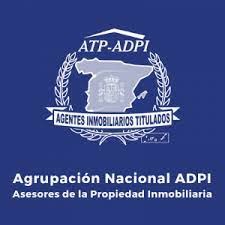